Bellagio is a comune (municipality) on the shore of Lake Como, within the Larian Triangle – a triangle of land formed by Lake Como’s southwestern and southeastern branches. Bellagio is situated at the northernmost point of this triangle, looking across to the northern branch of the lake.

The old city centre contains seven medieval stone stairs (salite) that have helped the residents of Bellagio climb uphill for many centuries. They lead to a piazza where you will find the Basilica of San Giacomo. 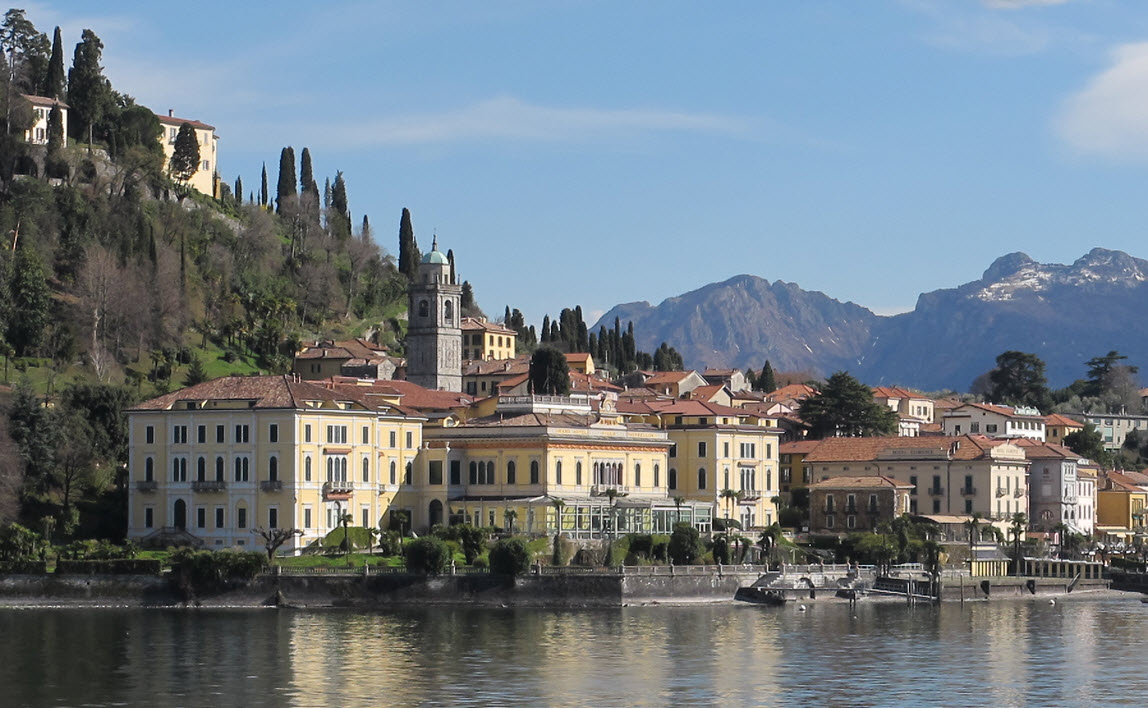 The winters are mild in Bellagio and it is unusual for the average daytime temperature to be below 6 degrees C in winter.

In the summer time, the average daytime temperature is typically within the 25-30 °C span. In the afternoon, the breva (the Lake Como breeze) makes the air fresher. 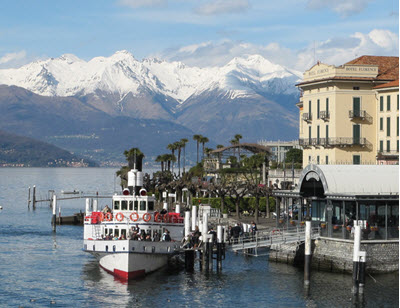 A basilica named after Bellagio’s patron saint San Giacomo is located in the Piazza della Chiesa. The church was first created in Lombard-Romanesque style in 1075-1125. The base of the bell tower incorporates parts that were once included in the defence structures of the town (“Torre delle Arti Bellagio“).

Several old religious artefacts are kept inside the Basilica, including a cross from the 12th century, a triptych by Foppa from the 15th century and an altarpiece from the 16th century.

There used to be a monastery across the square from the church, but so is no longer the case.

Pay homage to the patron saint of cyclists

Not too far from Bellagio is a Sanctuary of the Madonna del Ghisallo, the patron saint of cyclists. Many cyclists bike to her sanctuary to pay homage, but hiking is of course also possible. The climb starts in Bellagio. The ascent covers a total distance of roughly 4 km, with a verticle rise of approximately 500 meters.

Hang out by the marina

At the far tip of the promotory (in the old city centre of Bellagio) are a park and a marina.

One of the dishes traditionally eaten in Bellagio is Tóch, a type of polenta dish with butter and cheese. It is served with dried fish, cold chicken or salami, and should be eatend with a wooden spoon.